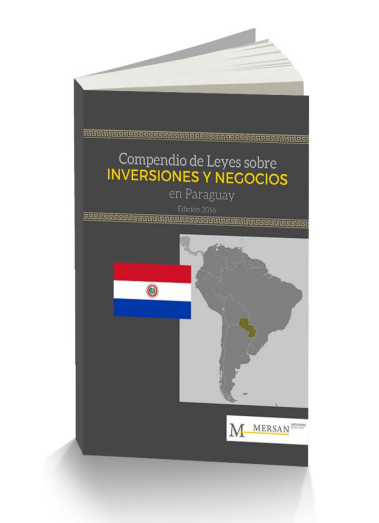 If you have any questions, comments, or would like to know more, please contact our Founding Member and Director, Oscar Mersan, oscar@mersanlaw.com, (+595) 21-447-739.

Paraguay is a country of vast natural resources. Clean energy production is a key activity in the country, as is highly automated agriculture and livestock production. The country is crisscrossed by several rivers that form the River Plate Basin.

The Paraguayan economy is small and open, heavily dependent on agricultural production and foreign trade, particularly soybean and beef, which comprised nearly 40% of exports in 2013. However, high levels of poverty and inequality remain major development challenges. Although poverty rates have declined over the past decade, one in four Paraguayans is still poor while one in 10 is extremely poor. 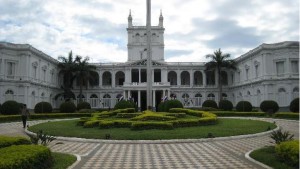 Over the past decade, the country has made significant progress on the macroeconomic front, with fiscal and monetary improvements and the implementation of major social reforms. These reforms include free access to primary health care and basic education and the expansion of conditional cash transfer programs to benefit vulnerable populations.

In 2015, economic growth is expected to reach 4.5%. International reserves continue at historically high levels, totaling more than US$ 6.6 billion in March 2015. The exchange rate has remained stable in recent years, with a slight tendency toward depreciation in 2015 as compared with the previous year.

The Government of Paraguay has prepared the first National Development Plan for the period 2014-2030 in an effort to eliminate extreme poverty and promote the income growth of the poorest 40% of the population. 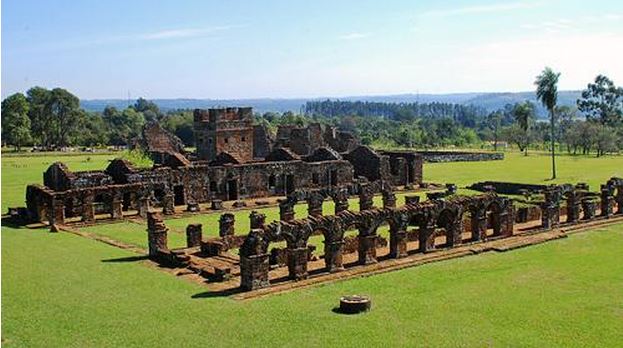 Indians speaking Guaraní—the most common language in Paraguay today, after Spanish—were the country’s first inhabitants. In 1526 and again in 1529, Sebastian Cabot explored Paraguay when he sailed up the Paraná and Paraguay rivers. From 1608 until their expulsion from the Spanish dominions in 1767, the Jesuits maintained an extensive establishment in the south and east of Paraguay. In 1811, Paraguay revolted against Spanish rule and became a nominal republic under two consuls.

Paraguay was governed by three dictators during the first 60 years of independence. The third, Francisco López, waged war against Uruguay, Brazil, and Argentina in 1865–1870, a conflict in which half the male population was killed. A new constitution in 1870, designed to prevent dictatorships and internal strife, failed to do so, and not until 1912 did a period of comparative economic and political stability begin. The Chaco War (1932–1935) with Bolivia won Paraguay more western territory.

After World War II, politics became particularly unstable. Alfredo Stroessner was dictator from 1954 until 1989, during which he was accused of the torture and murder of thousands of political opponents. Despite Paraguay’s human rights record, the U.S. continuously supported Stroessner. 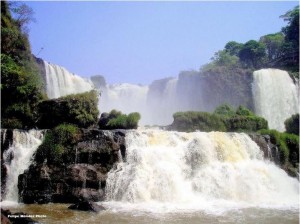 Stroessner was overthrown by army leader Gen. Andres Rodriguez in 1989. Rodriguez went on to win Paraguay’s first multicandidate election in decades. Paraguay’s new constitution went into effect in 1992. In 1993, Juan Carlos Wasmosy, a wealthy businessman and the candidate of the governing Colorado Party, won a five-year term in free elections.

Raúl Cubas Grau was elected president in May 1998. In 1999, Cubas was forced from office for his alleged involvement in the assassination of Vice President Luis María Argaña. The vice president had criticized Cubas for refusing to jail his mentor, Gen. Lino Oviedo, who had been convicted of leading a failed 1996 coup against Wasmosy. Oviedo was finally arrested in 2004 and jailed. 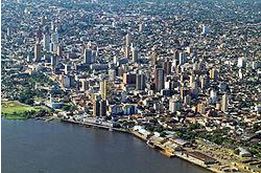 ishandling $16 million in state funds, and in 2006 he was sentenced to six years in prison. Former journalist Nicanor Duarte Frut
os became president on Aug. 15, 2003. He has pledged to clean up the pervasive corruption in his nearly bankrupt country. Paraguay has been in a protracted recession since the late 1990s.

***The content of this compendium was neither prepared nor verified by the U.S.-Paraguay Chamber of Commerce (USPCC), and is posted here for your informational purposes only. Accordingly, the USPCC specifically disclaims responsibility or legal liability for any loss or damages caused by your reliance on such content, or on that of any other site or document to which it refers, which will be at your sole risk.